Futaba Corporation (双葉電子工業株式会社) (lit. Futaba Electronics Manufacturing Corporation) is a Japanese company that is most known for designing and manufacturing hobby-grade radio control systems including transmitters, receivers, servos, electronics and model aircraft. These products are used as the electronic link between the person controlling a model aircraft and the ground and the actual remote control system in the vehicle.

Other things that the corporation design and manufacture include industrial radio control and display units including OLED and VFD.

Futaba was established on February 3, 1948 as a manufacturer of vacuum tubes for receivers and vacuum fluorescent displays. Futaba became one of the first companies of its type to provide comprehensive radio control products, selection and service to hobbyists. Futaba systems and products were quickly accepted and used by serious competitors and casual enthusiasts alike. Futaba products are used in the air, on the water, underwater and on the ground for all types of RC models. Today, Futabas two main products lines are radio controls on the one hand and press die set components, mold base components and VFD (Vacuum Fluorescent Displays) modules. Futaba manufactures all components in-house, including tools and manufacturing facilities. 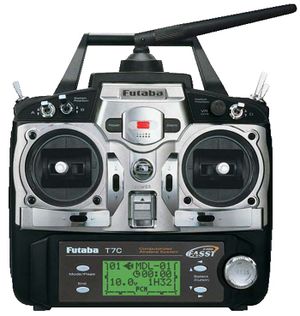 This is the airplane version which will default to airplane settings when powered up and has a ratcheted throttle stick. 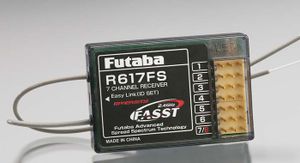 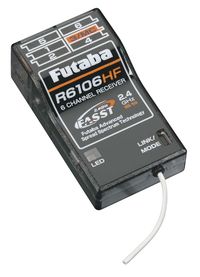 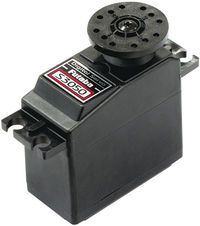 This is the Futaba S3050 Digital Servo with Metal Gears. Ideal for a wide variety of high-stress applications, including 1/8 and 1/10 scale off-roaders, boat rudders, and large-scale airplanes. 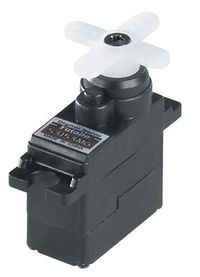 This is the Futaba S3153 Micro Digital Metal Gear Servo.

Note: Do not use this servo with gasoline powered models, large gliders or other models requiring high torque.

The below chart shows what Transmitters work each Receiver [1].